This week, for the second time within a month, the guys at Ubuntu quality control seriously messed up. A few weeks ago, a nasty update would break the X server. So everyone who updated their Ubuntu got rewarded by getting dumped into the console at the next boot. 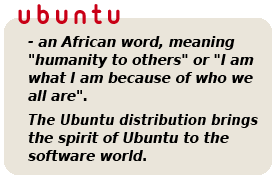 Within a few hours the bad update was replaced with the proper one. Fortunately for me I still had some network cables lying around to connect my laptop instead of WiFi, because WiFi authentication is done when X has launched, so without X, no WiFi.

For a OS that claims to be “Linux for human beings” and to have “Long term support”, this is not a good thing. So promises were made to have better quality control so this would never happen again. This week it happened again.